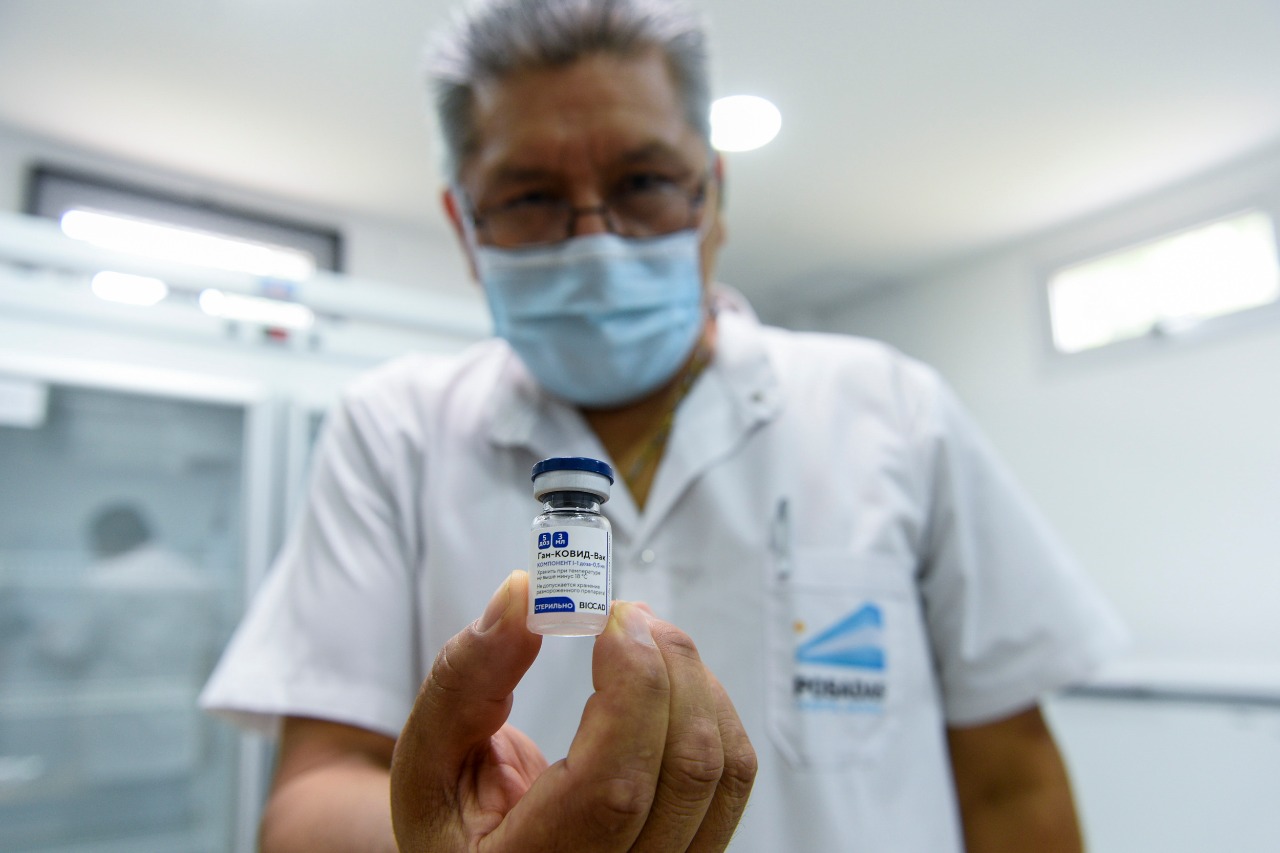 With the help of Russia, Argentina became one of the first countries in Latin America to launch a vaccination campaign. A controversial success.

In early December 2020, after several months of official talks with the Gamaleya Institute in Russia, the Argentine Ministry of Health approved by emergency administrative procedure the use of the Russian-made vaccine Sputnik V. In a politically divided country, the move was heavily criticized by the political opposition and also by much of the public. They accused center-left President Alberto Fernandez of favoring a Russian vaccine merely for geopolitical reasons and launched strong criticisms concerning the lack of transparency of the government’s decision, underlining that clinical trials were not finished and that the safety the Russian vaccine was still to be proven.

These polemics notwithstanding, by late December 2020 an Argentine plane flew to Russia bringing back an initial package with 300,000 doses. This allowed Argentina to become one of the first countries in Latin America to launch a vaccination campaign against SARS-CoV-2. The publication of the third phase trial results in February 2021, with very positive results for Sputnik V, seemed to justify Fernandez’ decision. Yet the somewhat uneven provision of Gamaleya’s product, as well as unclear dealings in the handling of alternative vaccines, have systematically undermined Argentina’s vaccination campaign and still pose a threat to Argentina’s strategy to fight the Covid pandemic.

Sputnik V came to Argentina in a rather difficult political and economic context. The pandemic hit the country in a delicate time, when Argentina was already two years into recession and with President Alberto Fernandez having taken the government barely three months earlier. Representing a broad center-left coalition that united the partisans of the former Kirchner administration with some of its moderate critics, Fernandez came to power promising to deal with the country’s financial crisis while preserving the egalitarian social policies that have characterized many Peronist administrations in the past. But the pandemic changed his plans radically, imposing severe additional financial limitations to the government’s margin of action. And all the more so because Fernandez’s administration imposed a strict lockdown in March 2020. It was very efficient to prevent the spread of the virus during the spring of 2020, but was extended considerably beyond the reasonable and took a heavy toll on the economy.

In this context, Fernandez’s announcement in May 2020 that Argentina had reached an agreement to jointly produce the vaccine developed by the University of Oxford and AstraZeneca came as a positive surprise. It was generally well received by much of the public. Yet, the fact that pharmaceutical tycoon Hugo Sigman, a well-known associate of the ruling party, would be in charge of the initiative triggered much talk about corruption and favoritism.

A similar, yet somehow different and more curious thing happened some months later, when the government announced its plans to participate in clinical trials for the Russian vaccine Sputnik V and later signed a contract with the Gamaleya Institute and the Russian government to acquire the first doses. This time, talk about political bias was also widespread, but the grounds for the accusations were rather geopolitical and to a great extent even unreal. One must bear in mind that Russia plays a particular role in the imaginaries of the Argentine public: due to its communist past and to Vladimir Putin’s anti-Western and nationalist leanings, the country is seen as an inspiration by many on the left and as an abhorrent Other by many on the liberal center and on the right. But in all truth, Russia is not among Argentina’s main trade partners, and diplomatic and economic relations with Moscow are in every sense secondary to those with Brazil, the United States, and China. Yet, the partnership with Russia became the symbol of geopolitical alignment that conveyed ideas of anti-imperialism for some and fears of authoritarianism and anti-Westernism for others.

The campaign and its controversies

Finally in December 2020, Argentina launched its vaccination campaign with the first 300,000 thousand doses of Sputnik V brought straight from Russia. Much of the political opposition and the public accused the government of not following standard procedures and not caring enough for the safety of the vaccine. Elisa Carrio, a leading figure of the opposition, even filed a lawsuit against the government on charges of “poisoning”. But on the ground, thanks to these first doses Argentina became one of the first countries to initiate a systematic vaccination campaign in Latin America, together with Brazil, Chile and soon enough also Uruguay, while most of the other Latin American nations lagged significantly in the acquisition of vaccines and in their administering.

In the following months, the provision of doses of Sputnik V proved to be rather uneven, but Argentina’s stocks were complemented with AstraZeneca vaccines coming from the COVAX global initiative and with vaccines from the Chinese laboratory Sinopharm. All of this made it possible to progress quickly with the vaccination of the elderly and with the segment of the population that has been defined as essential in this context, that is, mainly health workers, teachers and security forces.

Yet a number of issues have tainted this success. The lack of transparency in the negotiations with other vaccine producers such as Moderna and Pfizer has been at the center of public debate. Even though few Latin American countries have been able to acquire these vaccines, and that such contracts have also lacked much transparency in Europe, much of the public and the media are persuaded that the Fernández administration refused to acquire these vaccines for reasons of political favoritism vis-à-vis Russia and China and also with the aim to preserve the business model of people such as the aforementioned Hugo Sigman. Moreover, a major scandal concerning the illegitimate vaccination of certain friends and associates of the current government came to light in February, forcing the resignation of the Minister of Health and inevitably adding to pervasive suspicion. These polemics notwithstanding, vaccination has moved forward and to a relatively stable pace. Currently, around 18% of the Argentine population has been vaccinated with a first dose (as of May 12), about the same level of Brazil, only surpassed in the continent by Chile (which has been running an impressive campaign with vaccines coming from Sinovac in China) and Uruguay, which has a considerably smaller population of less than 4 million inhabitants.

Production of Sputnik V in Argentina

In the midst of such recurrent scandals, with vaccination advancing at a reasonable, yet certainly insufficient pace, and with a savage second wave of contagion hitting the country (now considerably aggravated by Brazilian variants), the announcement in April 2021 that the Argentine laboratory Richmond would become a partner for Gamaleya in the production of Sputnik V came as a positive surprise for some and as a worrying sign for others. The decision to participate in the production of Sputnik V was interpreted by partisans of the government as a move that would render Argentina an important political actor in the global approach to the pandemic, while others simply saw this news as confirmation of the government’s suspected long-standing bias towards Russia and as the result of murky dealings between the allegedly corrupted Fernandez administration and the obscure Russian regime. As usual, the truth is probably somewhere in-between. Argentina’s dealing with the pandemic has been efficient in some aspects, but much contradictory and obscure in others, to say the least. As a middle income country, and one that has recently gone through several years of recession, it has succeeded in developing a vaccination campaign that is still one of the most efficient in the region and which in terms of results, does not fall very far behind vaccination efforts in some EU countries. Yet, the heavy political and social polarization of the country has tainted many of these achievements; corruption scandals have shown that, even while doing some things right, the ethical standards of Argentine public servants are considerably low, and that the complex network of relations that exists between the government, local businessman and foreign governments is far from transparent.