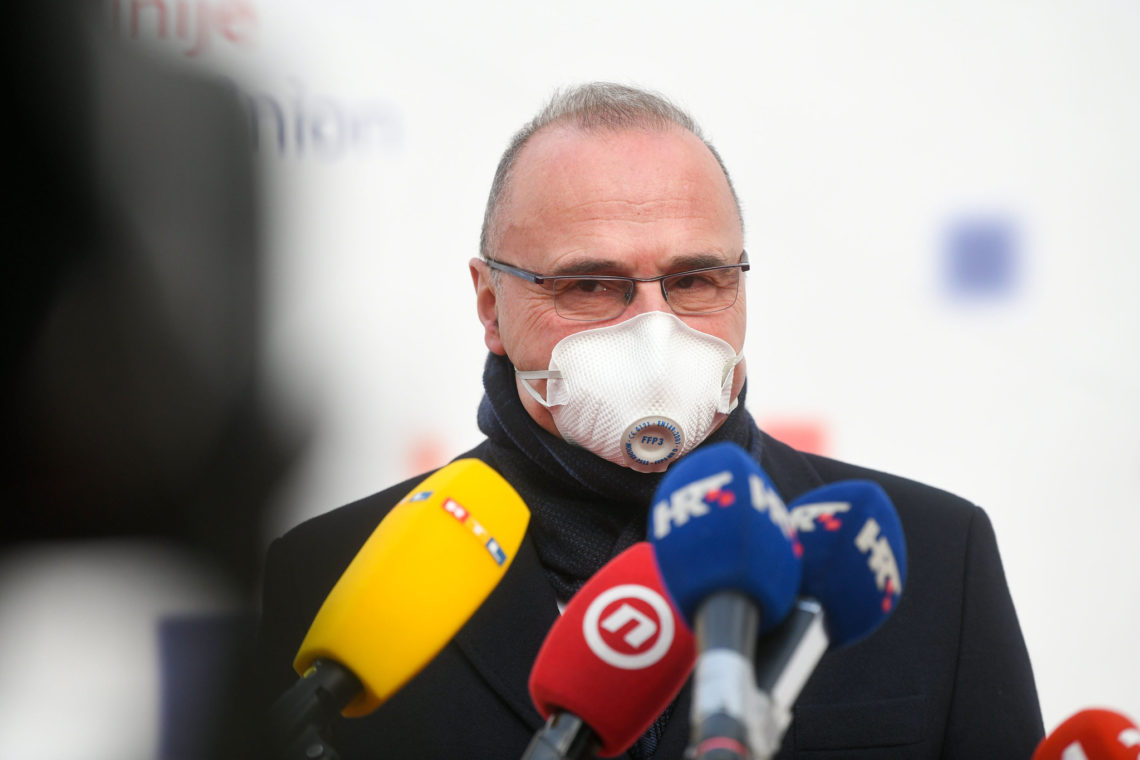 A closer look at political constellations in Croatia during the crisis and at constitutional disputes over potential abuses of power.

The Republic of Croatia has been coping with Corona crisis since 25th of February 2020, when the first case was recorded in Zagreb. Since then, mostly linear growth and stability in an epidemiological sense are the main features of the Corona crisis in Croatia. However, in the meantime many other problems have floated to the surface of Croatian political and social life as by-products:  the growth of unemployment, rebellion and pressure of the private sector, constitutional disputes over the activation of some articles of the Constitution of Croatia as well as the application of special laws for the purpose of dealing with this public health threat. In that sense, this text will focus on the political constellation in Croatia and its impact on coping with the Corona crisis as well as on the interpretation of the article of the Constitution of Croatia which introduces a “State of Emergency”. As a brief background note, I should add that 2020 was to be an important year for Croatian politics even without the virus, with presidential elections, a leadership challenge in the ruling party (the Croatian Democratic Union, HDZ), Croatia’s first presidency of the EU council, and parliamentary elections in the fall.

In the very beginning of this year, the conservative incumbent Kolinda Grabar Kitarović (HDZ) was ousted from the presidency by a centre-left, moderate politician, the former prime minister Zoran Milanović from the Social-Democratic Party (SDP). He had campaigned on the promise of “normality” as a response to the increasing intolerance of the rights of minorities, poor people, women, workers etc. Prime Minister Andrej Plenković (HDZ) reacted to Milanović’s victory by stating that he expected a “hard cohabitation” between the elected president and himself. The public and the media could not guess what that really meant because the Constitution of Croatia does not recognize “cohabitation” in the sense of, for example, the French Republic, where the President of the Republic has much greater powers than in Croatia. So, since the Corona crisis began, President Milanović and Prime Minister Plenković actually have “cohabited” very well because of Milanović’s constructive and Constitution-oriented stance on coping with the current crisis.

Another important factor which explains the political constellation in Croatia relates to Plenković’s convincing victory within his own party (HDZ) in a leadership contest; he overwhelmingly defeated candidates from the hard-right wing of his party. This happened after the Corona crisis had begun and centre-right, moderate politician Plenković gained broader legitimacy for governing in the crisis.

All this is happening in-between two elections – the election in January and parliamentary selections likely to be held in autumn. Prime Minister Plenković knows that he must strengthen his position in relation to the leading opposition party SDP which still reaps the benefits of Milanović’s victory. Yet, the SDP shows little capacity for independent and innovative politics, among other things because of the unpopularity of its party leader, Davor Bernardić. As far as the current state is concerned, Plenković has successfully consolidated the policies of his government and derailed the SDP at least in the time of the ongoing crisis. A very important factor in this is, of course, the credible work and, consequently, popularity of the Minister of Health, Vili Beroš. At the moment, he is Croatia’s most popular politician according to the last opinion polls by the Promocija Plus agency.

Regardless of these positive circumstances for the political climate in Croatia, the ruling party and its Prime Minister still face many critical remarks from the media, civil society and some law authorities. These critics indicate the potential abuses of some Constitutional constraints to the State of Emergency (Article 17 of the Constitution) – although the very term “state of emergency” does not exist in the Croatian Constitution, it is de facto present in Article 17. According to this article, a two-thirds majority in the Croatian parliament (Sabor) is required for the confinement of certain civil liberties and rights “in the state of war and great natural disasters” (a virus pandemic, of course, falls under the category of great natural disaster). The ruling, HDZ-led parliamentary majority has no two-thirds majority. Therefore, the legitimacy of its decisions in the Corona crisis management is questioned by some opposition politicians, the media, and law authorities. A main question in this regard is to draw a clear and distinct boundary between regular decisions in crisis management and abuses of power. For example, what about the proposed bill on electronic communications which may include cell-phone tapping? In addition, president Milanovic, though he supports the efforts of the government, warned against abuses of power in his last interview for N1 television.

To sum up, we can draw several conclusions about the political constellation in Croatia during this crisis. First of all, it shows that liberal democracy might be fragile, but it is a necessary political framework which can and must be effective in both coping with the pandemic and preventing abuses of power. Croatia’s political system does not face challenges such as in Hungary and Serbia, where the leaders Viktor Orbán and Aleksandar Vučić are turning into semi-dictators; or even in Slovenia, where conservative Prime Minister Janša abuses the crisis to clash with journalists and media which are critical of him. However, there are indications in Croatia as well that the ruling party (HDZ) may abuse its power and try to subjugate the opposition, the media, and civil society to win the parliamentary election announced for the end of this year under such conditions.

Secondly, a point related to the above, the current situation in Croatia shows how important the division of power is, especially, for the example, between a president and a prime minister who are not from a same party, but who “cohabit” well. This division constrains power by creating autonomous spheres, while a somewhat independent and critically oriented media and other political and social “checks and balances” do exist in Croatia. In that sense, there is a lower risk of abuses of power.

Finally, regardless of the relatively successful struggle against the COVID-19 pandemic and the display of functioning political and constitutional constraints of power, it is evident that Croatia unfortunately did not impose itself as a country that really drove the agenda of the Council of the EU, despite formally presiding over it in the first half of this year. This indicates how much more the ruling HDZ is oriented towards local politics and exercising power in Croatia.This means that every Croatian citizen should remain vigilant.

Karlo Jurak is a PhD student in Modern and Contemporary Croatian History in the European and Global Context, Faculty of Humanities and Social Sciences, University of Zagreb. MA in Philosophy and Linguistics; author of articles on political and social matters in various Croatian journals.