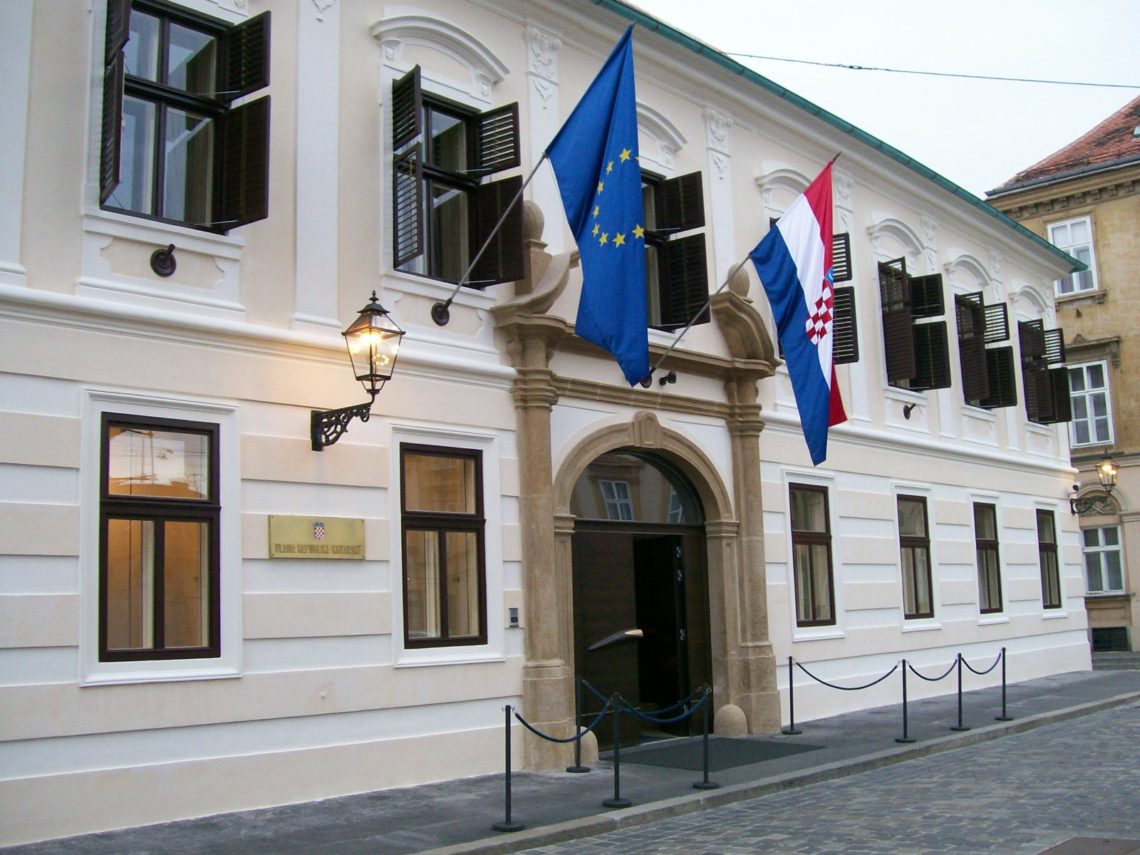 The initial measures of the Anti-Pandemic Headquarters were hailed as a success. Yet recently, they took a political turn.

When I wrote the last text for this Blog, I said in the conclusion that the Croatian Democratic Union (HDZ), the ruling party in Croatia, was oriented primarily towards the exercising of power and that this required a vigilant eye on every Croatian citizen. Not even a month later, this statement is manifesting itself in its fullness: HDZ wants to hold elections in July, and the Croatian Parliament will be dissolved next week. According to the Croatian Constitution, election must be held between 30 and 60 days after the dissolution of Parliament. These upcoming elections are early elections because the regular date for the elections was due in the fall of 2020. It seems fair to conclude that HDZ wants to capitalize on the so far good results in the struggle against the COVID-19 pandemic.

To remind readers, in the very beginning of the Corona crisis, the Croatian Government has established the Civil Protection Headquarters (further only Headquarters) headed by the Minister of Interior, Davor Božinović. In other words, the Government transferred power to the Headquarters under the pretext that this was a “professional” team consisting of people who knew how to deal with a pandemic and its consequences for the public health and the functioning of all parts of society. Indeed, the Headquarters were doing well: the mitigating measures prevented an exponential growth of infections. The Headquarters’ decisions were rational and prudent, and that created a lot of support for the Headquarters by the population and the media. However, with the passing of time, some of its decisions were becoming vague and inconsistent, for example, the sudden relaxation of some measures during Easter.

Regardless of that, the Headquarters continued the course. The first larger problems emerged when they started with the systematic easing of lockdown measures in several phases (Prime Minister Plenković called this “phase-easing”). Then it became known that some members of Headquarters who had been presented as “professionals only” were members of the HDZ. They started to make contradictory statements about the pandemic and the easing of measures; they also became very nervous on their press-conferences and their decisions have become increasingly erratic and vague – such as prohibiting work in shopping centres and in markets on Sunday (a long lasting demand by some conservatives, but also leftist organizations), opening of churches, abolition of the obligation of the so-called “self-isolation” after entering the country, etc. So, their measures are now often perceived as party-politics-driven and not epidemiologically-driven any more. In other words, the rationale of their actions has increasingly become political, not epidemiological. The dream of “neutral professionals” fell apart like a house of cards.

But, in the first place, we need to be aware that the government’s transfer of power to the Headquarters was actually not covered by the Constitution. A “state of emergency”, as regulated by Article 17 of the Croatian Constitution, was never declared. At the beginning of the crisis, the Prime Minister also held a meeting with representatives of some leading media. After that, these media started essentially to make PR for the Government and the Headquarters; for instance, the Director of the Croatian Institute of Public Health, Krunoslav Capak, the Head of the University Hospital for Infectious Disease, Alemka Markotić, the Minister of Health, Vili Beroš, and of Interior, Davor Božinović, were presented as “heroes” by magazines, newspapers and online portals. In addition, PR was also created by the popular hashtag #stayhome. Their popularity grew to the point of masking the overall reality in the country, such as the collapse of the tourist season, the growth of unemployment, the fall of BDP, etc.; and, above all, the HDZ’s will to power. However, this PR campaign was short-sighted and inconsistent in its messaging. This and other contradictions have overshadowed the relatively successful struggle against the pandemic. The quick easing of measures also meant the change of the popular hashtag – now we have #stayresponsible.

So, the HDZ wants to take advantage from the government’s handling of the pandemic before negative economic consequences of the Corona crisis will manifest itself. As a consequence, many decisions of the Headquarters are now directed to provide conditions for holding early elections, probably in the beginning of July. And to create, that is re-vitalize the Croatian “new normal” which, de facto, is the “old normal”. That includes debates about “old good historical topics”, often wrongly framed as the “Ustasha vs. partisans” binary. Actually, what lurks behind the scene, is the wish to rehabilitate the Nazi-puppet regime of the so-called Independent State of Croatia, NDH (1941–45). This is a retrograde project headed by hard-right factions in the society such as some War Veterans associations, rightist politicians, and the Catholic Church. It becomes manifest, for example, in the rehabilitation of the Ustasha greetings “Ready for the Homeland” (Za dom spremni), which is said to be “only a patriotic greeting which was used by our soldiers in the War of Independence”; or in the equation of Ustasha and partisans, of fascism and communism. The President of the Republic, Zoran Milanović from the Social-Democratic Party (SDP), sharply stood up against these tendencies, but Prime Minister Plenković relativized them. He wants to gain some rightist voters who potentially would go to the party of Miroslav Škoro, who is now gathering many hard-right and far-right factions and politicians, with the alleged aim of breaking the political duopoly between HDZ and SDP, that has shaped Croatian politics since independence.

The largest centre-left opposition party, the Social Democrats (SDP), has formed a new coalition called “Restart”, which includes some smaller parties from the political centre such as the HSS (Croatian Peasant Party), Glas (Citizen Liberal Alliance), HSU (Croatian Party of Pensioners) and SNAGA (a new party of activists). The main problem of this opposition alliance is the question who should be its prime ministerial candidate. The president of the SDP, Davor Bernardić, is unpopular; he is considered by many unconvincing and lacking any charisma. This question aside, the coalition does not have a clear, distinct and reasonable political programme to challenge the HDZ and Prime Minister Plenković.

Furthermore, there are many problems with holding early elections: how is it possible to conduct fair campaigns without public gatherings? How will people vote who are in self-isolation (there is, so far, no general system of postal voting in Croatia)? What happens if the epidemiological situation gets worse? What happens if it will be necessary to introduce quarantine measures for some places? Many questions, few answers…

Is this the Croatian “new normal”? If it is, it is better to call it the “old non-normal”, not even the “old normal”. What was the purpose of all the epidemiological measures and efforts by medical professionals and civic emergency staffs, if these achievements are jeopardized for the sake of narrow party-political interests? Will all the inconsistencies and contradictions emerging recently in the COVID-19 policies drag us back not only with respect to the Corona crisis but generally, towards social and political crisis and instability? HDZ won the 2016 elections with the slogan “credible” (vjerodostojno). Will it lose next the upcoming elections with a slogan “responsible” (odgovorno)?

Competency and Trust Issues Vs Coronavirus in Kazakhstan

Between Statistical Calm and Political Tempest: “The Best Epidemiological Picture in Europe” and Slovenian COVID-19 Management

Karlo Jurak is a PhD student in Modern and Contemporary Croatian History in the European and Global Context, Faculty of Humanities and Social Sciences, University of Zagreb. MA in Philosophy and Linguistics; author of articles on political and social matters in various Croatian journals.