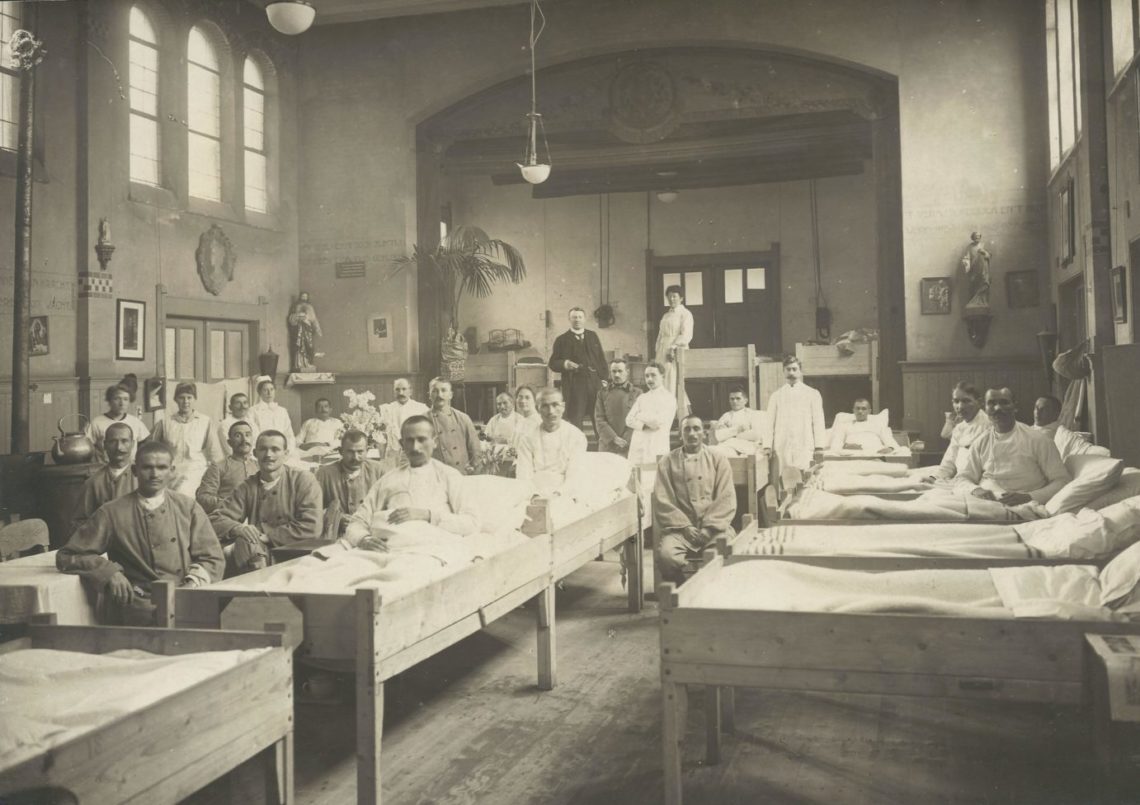 Five lessons for the Corona crisis from the Spanish influenza.

Epidemics have been a recurrent theme in the history of mankind. In the form of Giovanni Boccaccio’s “Il Decamerone” (1353) and Albert Camus’ “La Peste” (1947), they have produced two of the world’s most acclaimed novels. Both authors paint a bleak picture, yet they also show that people became more humble and human again, engaged in heroic acts of self-sacrifice and offered solace to each other in the face of adversity. Many of us have made similar experiences in recent days and weeks, and living through a pandemic might even enable us to better appreciate the fears and hopes of our ancestors.

More Lethal Than World War I

Epidemics also occupy an important place in the development of the social sciences. Similar to literature, the assessment of epidemics has not been entirely negative. However, few went as far as the classical economist Thomas Malthus (1766-1834), who viewed them as an important corrective mechanism to return population numbers to sustainable levels. This view was seen as so cynical that it greatly contributed to labelling economics as “the dismal science”. Yet Malthus’ intellectual contributions were deemed so important that he is seen today as the founding father of demography, an academic discipline in its own right. So if epidemics have an important place both in economic history and in economic theory, what then is the best analogy to the current Corona virus outbreak?

The closest parallels that can be drawn are probably with the Spanish influenza of 1918-1920, a viral disease leading to pneumonia that was very often fatal. “Spanish” flu always was a misnomer, owed only to the fact that neutral Spain did not impose wartime censorship on its media, allowing the country’s press to cover the new disease in sufficient detail starting in May 1918. It was a genuine pandemic, infecting some 500 million people worldwide and killing between 20 and 100 million of them (compared to a global population of 1.8 billion at the time). The Spanish flu killed more people than any other epidemic (though other epidemics, such as the 1348 Black Death, were more lethal, as measured by the percentage of deaths over infections); it also killed more people than World War I.

After the War, the Dying Continued

Yet the quick spread of the Spanish flu was greatly helped by World War I. Most likely emanating from pig farms in Kansas in the American mid-West in early 1918, US soldiers brought the unknown disease to the French battlefields. Although public attention was focused on the war effort,  many soldiers quickly succumbed to Spanish influenza as they had massively weakened immune systems after four years of fighting. The global transport of troops to and out of the battlefields helped spread the disease further. The single largest number of deaths occurred in British India (some estimates go as high as 20 million) and stemmed from Indian troops returning from the European battlefields.

What can we learn from the Spanish flu? Five issues stand out in our context:

First, we should start worrying more about people in middle- and low-income countries in Asia, Africa and Latin America. As of the end of April 2020, roughly three quarters of cases of all Corona infections had been recorded in high-income European and North American countries. Yet if the Spanish flu is of any guidance, these numbers do not reflect appropriately the underlying reality. In 1918-1920, Switzerland seemed to have been a hotbed of the epidemic; yet it was precisely the good medical conditions in wealthy and neutral Switzerland at the time that allowed the country to devote considerable energy to understanding, fighting and recording the disease. However, today we know that India lost up to 20 million people and China up to 10 million people to the Spanish flu.

Second, overall health conditions of the resident population greatly matter for the death rate. For instance, research has shown that the Spanish flu was particularly lethal in cities exposed to high air pollution where the influenza virus encountered weakened bodies. This reinforces the first point, as underfunded public health systems and/or environmental degradation are typical features of middle- and low-income countries. The mega-cities in the developing world and the emerging economies seem to be at particular risk today.

Third, pandemics exhibit distinctive waves of infections, interrupted by periods of deceptive calm. Three such waves can be distinguished for the Spanish flu (1st wave: spring 1918; 2nd wave: autumn 1918; 3rd wave: spring 1919). Such a pattern has been documented for many other epidemics as well and explains today’s reluctance to remove lockdown measures quickly and in their entirety.

Fourth, we can expect the public discussions on relaxing vs. reinforcing restrictive measures to continue for a while. US cities and states experimented in 1918  with a wide range of such measures to slow the spread of the disease, and the newspapers compared successes and failures between “strict” cities (e.g., St. Louis) and “relaxed” cities (e.g., Philadelphia). Modern day research has re-evaluated the competing claims of the past, and it has tended to find that strictly applied measures were more successful both medically and economically.  While initially more burdensome, the stricter approaches led to business confidence being restored more fully. Research also suggests that they helped keep subsequent waves of infections smaller.

Fifth, public awareness and public support greatly matter in fighting the disease. In 1918, when the New York authorities distributed facemasks, they thought it prudent to attach a sticker saying “Better be ridiculous than dead.” Few people today would view facemasks as ridiculous, and probably the main complaint is the lack of availability. Governments are well advised to invest time and resources in persuading citizens to follow the rules in their own interest, rather than relying on coercive means alone. The Spanish flu lasted for three years until the epidemic had run its course and herd immunity was reached. We might be in for the long-run as well. Maintaining public support for restrictive public health measures will be crucial.

Dr. Matthias Morys is Senior Lecturer in the Department of Economics at the University of York (UK). From January to April 2020 he was Guest Scholar at the Leibniz Institute for East and Southeast European Studies.