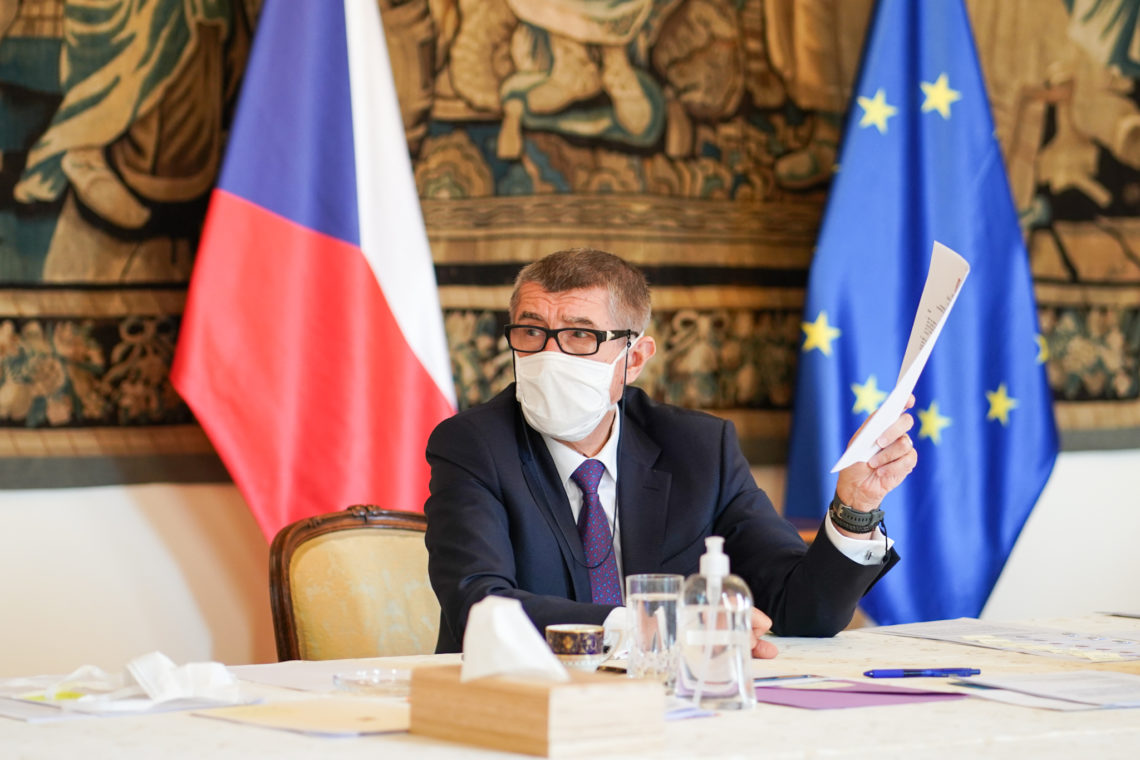 One month ago, the Czech Republic declared the state of emergency. The article gives an overview of what has happened since then.

The World Health Organization declared the novel coronavirus outbreak a pandemic on March 11th, and the Czech Republic swiftly imposed considerable restrictions to try and contain it. The state of emergency was declared on March 12th, with 116 confirmed cases that day. One month in (March 14th), there are 6,111 confirmed cases, out of 131,542 tested1. As a means of comparison, the neighboring Free State of Bavaria declared the state of emergency on March 16th with 269 cases, and on March 14th it records 33,913 cases out of 300,450 tested2.

All schools, including universities, were closed as early as March 10th. Random medical checks on the borders were introduced on March 9th, before the border closure took effect on March 13th. Public gatherings of more than a 100 people were banned on March 10th (In Bavaria, only gatherings of more than 1,000 people were banned then.) The restriction was then quickly tightened to 30 people two days later, then no more than two people on March 23rd. Since March 14th, most services and retail sale have been closed (with exceptions such as food and pharmacy), along with all cultural and sport facilities, while restaurants have only been allowed to sell food from shopfront windows; Bavaria introduced a similar closure of services and retail sale one week later, on March 20th. A nationwide curfew was introduced on March 15th, which limits movement in public spaces to the necessary minimum, such as work, care for family members, seeking healthcare and shopping for food. The most controversial measure was introduced on March 18th: the compulsory usage of face masks. Outside of one’s own home – including in the car if more than one person is present – the Czechs were ordered to cover their mouth and nose. Children under the age of two benefit from an exception, and the measure was further loosened on April 7th and 9th for people with autism, people traveling in a car, and people practicing an individual sport such as running in parks and nature.

The measure attracted a fair amount of criticism, for two main reasons. Given the heavy shortage of masks since the beginning of the crisis, abiding by the new rule meant having to sew your own mask. Many volunteers – there were calls on pensioners and idle workers, for instance – produced masks for the forefront workers in healthcare, retirement homes, etc., prompting a mixed feeling of a renewed sense of solidarity among the Czech people and a discontent with the lack of coherence of the political measures. Secondly, Czech Republic and Slovakia remained isolated in their compulsory mask policy, with the WHO treading the topic carefully and recommending the masks only for healthcare professionals and people with COVID-19 symptoms, while at the same time acknowledging the existence of an infectious incubation period and asymptomatic patients. The WHO, along with the CDC and the Robert Koch institute, have, however, been revising their recommendations since the beginning of April3.

The above listed measures, aimed at slowing the spread of the Covid-19 disease, come obviously at a tremendous economic price. Most countries have voluntarily come to a standstill, and governments now debate when and how it is possible and advisable to thaw their economies again. Among the first salient labour market measures, Czech authorities targeted families affected by the school closures. The benefits for parents caring for a child aged 6 to 13 are prolonged over the period of school closures and extended to the self-employed. The self-employed also benefit from a health and social insurance waiver for a period of 6 months, and are offered a one-time flat rate payment of 25,000 Kc (1,000EUR), but under restrictive conditions of minimum income in 2019 and 10% losses over the first quarter of 2020 versus the first quarter of 2019. These conditions were then loosened, and some 700.000 entrepreneurs are now estimated to be eligible. The deadline for tax filling has been postponed from March 31st to July 1st. Repayment of loans and mortgages can be suspended for 3 or 6 months – with the interest continuing to accrue, the longer moratorium can prove to be a costly one. Another highly visible measure is the Czech equivalent of “Kurzarbeit”4, approved on March 31st. It aims at protecting employment by compensating firms for the wages they pay to their employees. The contribution covers 80% of the total wage cost, for a maximum of 39,000 Kc in case of a closed business (regime A) and 29,000Kc for businesses in “connected [economic] difficulties” (regime B) – these relatively low maximums are likely to be more effective in protecting lower-skilled and lower-paid jobs.5

Rather than a comprehensive list, these measures are just examples of the most salient subjects in the Czech mediatic landscape. Indeed, it is too early to discuss the effects of any of these measures (the impacted entities, both individuals and firms, being only now in the process of applying), and their range and scope speak more to Czech political maneuvering than to the state of the Czech economy. To be continued…

Alžběta Mangarella, PhD, is an economist. She is a post-doc researcher at the Leibniz-Institute for East and Southeast European Studies.